Here’s a few articles published by the W4EU crew

The Guardian: an open letter – Women’s Rights At Risk After Brexit

And here’s a short article by W4EUs Juliet Lodge:

It’s not super cool to be a Brexit thug : witches, bitches, whores and god’s police take to the streets.

‘Pregnant and bare-foot in the kitchen’ is as good a slogan for Brexit as any other. It sums up what women’s lot will be as equality and social rights get eroded by brexiters bent on silencing women and putting them in their place.  In 21st century Britain, this is no flight of fancy. It is a crude summary of the  thuggery women experience for having an opinion on Brexit and a People’s Vote. 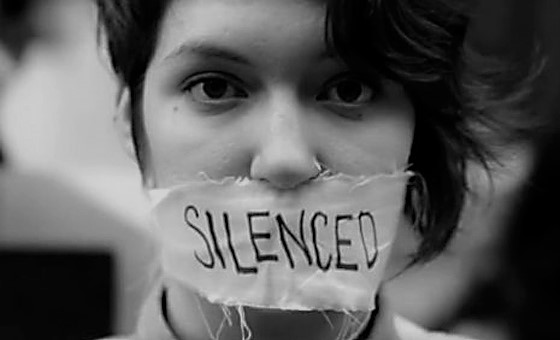 A youngish mother whispered at a street stall ‘Put a dot for me on the brexometer while he’s not looking. I’m anti-brexit but he’ll go nuts if I say so.’ She wasn’t alone. This fear that women daren’t voice their opinions lest they inflame angry, often ignorant or bigotted, male partners is the tip of an iceberg of brexit intimidation.

Seeing it in parliament doesn’t legitimise it. It erases residual respect in parliamentary democracy.  It permits discrimination against non-UK EU citizens – Polish builders being laid off first – and EU workers and students being told to pay £65 now to register, even though Brexit is an aspiration not a fact.

Women reject the contemptible blah-blah about sovereignty and how British wartime spirit saw us through once and will again.  Hot air doesn’t feed the children. Peacetime Britain faces rationing across the board. How is that rational and acceptable? Why trust vacuous, self-congratulatory Brexit dogma, and not contest the repugnant assumptions underlying the cost of dumping the great achievements of the Good Friday agreement?  Tripe goes unchallenged, and women’s voices have been silenced for too long over Brexit.

Intimidation reigns in parliament, in the workplace and in the home. In multi-EU families, scorn, shame and tears abound. Brexit bullying muzzles discussion: tight-lipped seething relatives shun each other.  Brexit is not mentioned and the pretence that everything is hunky dory is upheld for peace and quiet. And some women are complicit.

But this kind of domestic abuse is as insidious as all forms of emotional manipulation. It is sneaky, cowardly, unjust, and cruel. It is especially bad ‘for the children’.

Women will bear the brunt of the erosion of employment and equality rights if Brexit happens.  Yet, how often is the ordinary woman’s view heard? How often is it not denigrated as a whine from someone who – in or outside the home – really, really shouldn’t opine on this existential threat to our wellbeing?

Has anyone called for Brits to join Europeans in their ‘parliament at home’ discussions to talk about EU reform and post Euro-election priorities in May 2019?  No Parlament zu Hause for us. British women are infantilised and told to toe the Brexit  line. Plus ca change.

And yet, as ever, women are mobilising behind the scene. Master-minding events celebrating Europe; doing cake-not-hate street stalls; making anti-brexit clothes; running brexometers on how people feel about Brexit; marching; stickering pumpkins and lamp posts; joining EU flagmafia stunts; and generally saying – no, we won’t put up and shut up.

Politicians and pundits can talk about investment, trade, ever weaker sterling, preposterous trade deals that weren’t necessary in the first place but women have to manage the creeping squandering of our futures and for what? Why legitimise and appease tiresome, bullying Brexit thuggery?

It’s not just the prominent pro-EU women who get threatened with hate-filled messages and worse. That is the daily lot of far too many who flee to women’s refuges now closing funding as the prospect of Brexit deprives them of access to EU funds.  That is a Brexit story on the streets that the media ignore.

Labels belittle but won’t silence us. Brexit ‘babes’, witches, bitches, whores and god’s police (stereotypes popularised by Anne Summers in 1975) detect the turpitude of jejune Brexit lies. We are weaving spells in the home and on the streets. We do bitch about men disparaging ‘feminists on brexit’  to erase women’s opposition to brexit from their version of history. But our story will out in the truth unfolding as party conferences try to fudge many MPs’ roles in this chauvinistic and dishonourable episode in British history.

Brexit thugs own the spiteful mysogny, preposterous xenophobia and conceited nastiness.  We all reject a future bereft of decency, courage and morality.  So women invite all to join in taking to the streets to celebrate Europe and a better future. One within the EU. If that makes us Europe’s whores, so be it.

(Juliet Lodge is a member of Women4Europe,  marching in Brighton on Sept 16 to celebrate EUnity. She was EU Woman of Europe 1992, and Prof Em, University of Leeds)